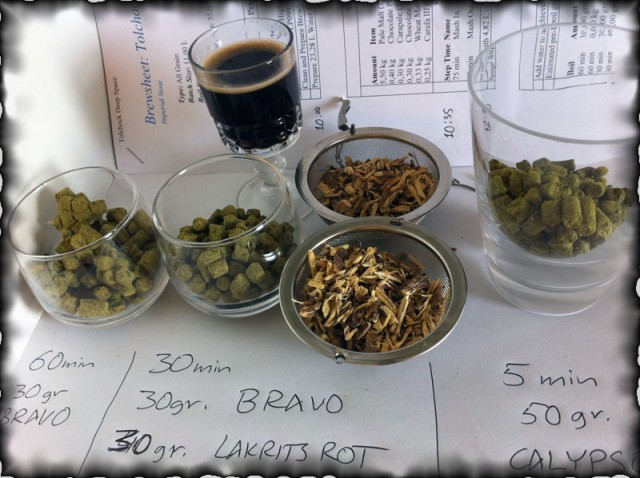 Today I’m making a high gravity licorice stout. If the WLP099 high gravity yeast does its job it might push it up to 20% ABV. I did one a year ago, but I only got it up to 14% and it is very sweet, still very tasty though. This time I’m doing it different. I mashed in at 64C to make more easy sugar that the yeast can eat. Then I will add cane sugar every second day or so. So that the yeast doesn’t get chocked and scared. The plan is that the yeast will eat as much sugar as possible and fart out alcohol in volumes. I think it will still be sweet, if turns out it’s not sweet enough I can add more malt extract, or lactose sugar. Anyway I’m not worried about it getting too sweet.

Today it is was 35C in my apartment and I had fans everywhere, also blowing on the boil preventing it for boiling over. I’m using the smaller 16 L kettle and the bigger one for the second batch.

The malt bed is pretty high as you can see on the picture. I used a lot of malts so it seems like a waste to throw it away, so I’m making another beer at the same time. I added some Oat Malts to the mash and let it sit for 45 minutes before sparging out for the second boiling. I got out much more than I expected from the first batch, so the second batch became quite weak. Anyway, I need low alcohol beer anyway.

It is still hot in the apartment, the coolest place is 28C, the Tolchock is in the refrigerator with timer set to 19,5-20,5C so that is safe. The Breckie I have to cool down by wet blankets and a fan, never done this before so hope it works.

Ooops, maybe to bitter for the Breckie one, thinking about it the Tolchock could be more bitter to. Well oh well, I’m sure it will be fine anyway, but I’m taking mental notes.

I think I deserve some beers now, going down the local Pub, hope they have something new on tap 🙂

2 years later – the yeast did very good job, I couldn’t stop them so I had to add lactose or they would be too dry and alcoholy. So they are actually Moloko Milk+. I split them in two and aged them in oak chips with Raki, and the other one with Absinthe. The final ABV stopped at estimated 21% ABV, crazy. I put most of them in 25 cl bottles 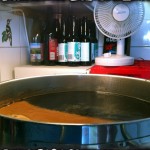 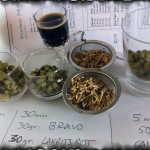 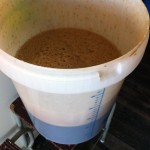 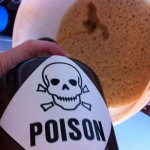 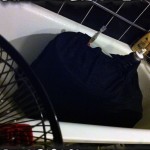 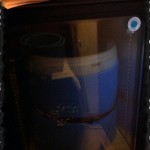