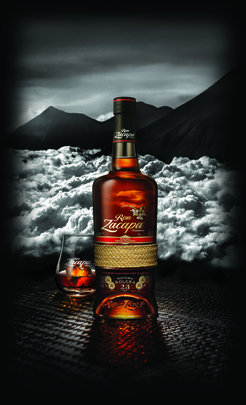 I always like to end a good evening with a good porter. So I was thinking about making something really special for the Kaigozan 20 Year Anniversary Taikai party. I looked in my cupboard where I store my strong alcohol (that I barely drink) and found about 2 dl rum left in a bottle of a 23 year old Ron Zacapa Centenario that I bought in Japan a couple of years ago. This is apparently a really, really good Rum from Guatemala that has won severeal awards. It was the first rum to be included in the International Rum Festival’s Hall of Fame

Here is the plan. Today I’ll mash out 5,3 kilo pale malt, caramel malts, chocolate malts and black malt. When I have sparged up to 11-12 liters I will cook it for 60 minutes and add 110 grams of Tomahawk and Amarillo hops at various stages, this should give an IBU (international bitter unit) of 134. Maybe I will dry hop it later in the second fermantation stage. After the boiling I will cool the wort down to 25 C as fast as possible. The OG (original gravity) should be 1091 when put to fermentation.

I will let it ferment for one week, then move it over to a second fermentation tun to get rid of most of the yeast and stuff from the malts and hops. In the second fermentation stage I will ad a couple of vanilla sticks and let it ferment and rest for 3 weeks.By now the yeast will have converted most of the sugars to alcohol, with an FG (final gravity) of 1026. This will result in an ale that is 8.61% ABV when finished.

Then I will put this in a nine liter keg together with the 2 dl 40% rum so it will be nearly 9% ABV tasty Imperial Vanilla Rum Porter.

While I did this I put the 4 weeks old Imperial Ninja IPA in the keg and carbonized it. I will bottle it later. I also bottled the Dr Porter. If that wasn’t enough I brewed a weaker batch of Porter from what was left in the mash tun from the Imperial Porter I did today. The OG was 1045 so it will probably be a beer around 4.2% ABV, I used 60 grams Sorachi Ace hops and mixed in from the previous batch to, so it will be bitter enough.

Now I’m tired and will take a quick shower and think of what to do with the rest of the evening.